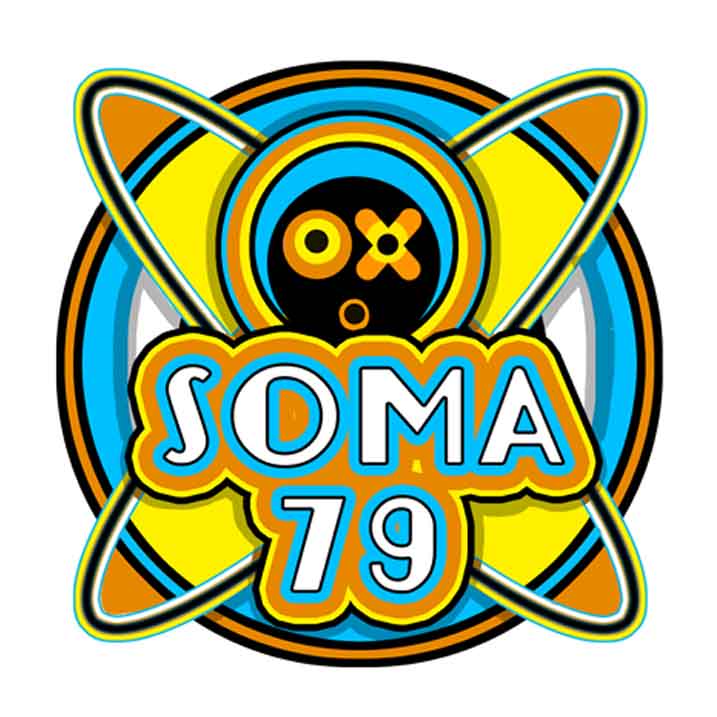 When I first started making art, my slogan was "as those who really know me know there is no real me," which was basically a fancy way of saying that you could expect me to change up my style a lot.  That's an idea that is still very important to me as an artist and something you can expect from me as I continue to evolve my ideas of what art means to me.

I was born in Framingham, MA and my childhood was a lot of comic books, video games, hip-hop and punk.  I was always attracted to the culture of style and was obsessed with reading magazines like Spin and Rolling Stone from cover to cover because as a teen in the early 90's in a small town, that whole world felt like it was a very far away from where I was living.  I had been borderlines obsessed with music, cartoons and comics as far back as I can remember, but once again, it felt like the idea of actually creating my own was a distant galaxy away from my reality.  Nevertheless, I kept scribbling little sketches of Garfield and writing lyrics in notebooks, coming up with ideas for films and music videos and crafting poems and short stories.  It was all just for me, but as I got older and struggled with fitting in, it was always my artistic pursuits that lead me to exactly where I needed to be and with the people who I needed to be around.

I studied film at BU and worked briefly with Five Lion Productions, a film production company started by my friends in Greenwich Village, but it just wasn't for me. My mind was on music instead, so I took singing lessons that gave me a few hilarious stories but little confidence that even if I worked at it daily for years, I'd never be the next Evan Dando.  As a kid I grew up on the far fringes hip-hop and raves and was always intimidated by that world but eventually I decided it was time to just dive in and see what happens.  I threw down for drum machines, turntables, Pro Tools, 4-tracks, samplers, microphones and a ton of records, then I sat in my bedroom and my walk in closet for about 5 years straight, writing and recording and learning.  I started off terrible but the confidence was coming and by the end of that portion of my life, the group I helped found, Mic Monarchy, was performing on bills with hip-hop legends from my childhood such as Onyx and Warren G as well as underground favorites like RA the Rugged Man, Copywrite, Ill Bill, Slaine, etc.  It was fun but exhausting and when life events required me to slow things down, I started to question what I really wanted out of music.  I had been so into it that I had totally missed a lot of other aspects of life (this is a little thing, but even though I was a lifelong comic book fan, I remember that I was so buried in my closet making music for so long that I didn't even know that the Batman Begins movie existed until it was already out on DVD).

The turning point for me was when I realized that I never wanted to go on tour.  I like being at home and if you don't want to tour, then you really don't have much of a future in being in a hip-hop group.  It also wasn't lost on me that the most fun part about making my debut hip-hop album was creating the cover art. Almost overnight, I put the music away and picked up some paint pens.  Fortunately the crew of people I made music with also featured some amazingly talented artists so I had sort of gotten an education in where to start (specific credit goes to Brandalism and Trespassion for being the most personally inspiring to me).

As you may expect, I was terrible when I started. I was 30 years old and I hadn't really drawn steadily since high school.  I wasn't scared of putting in the effort to learn, as I had with music, but it seemed like doing it professionally was a long way off and probably not a reality. Then a year later my girlfriend found a buyer for one of my paintings, which was an abstract piece that I made in around 15 minutes on board I took from some discarded Ikea furniture. That made the concept of selling art all seem a lot more possible.

Not long after I sold more, and started getting offers for commissions.  The momentum built from there and I started to challenge myself more and more to learn new styles, fill in gaps in my skill set, learn the philosophies behind selling and buying art and basically just letting it take over my life.  It's been over a decade since I started doing this seriously and with every passing year I get more out of it and am continued to be inspired to push my growth.

Now, in 2020, I've taken the next step of creating a studio for myself out in western MA, which I have jokingly nicknamed the Somadrome.  I now have the space I've always wanted to really stretch myself creatively and push the boundaries of what I had previously thought possible.  My goal is to be continuously push my boundaries, release interesting and different new limited edition products on this site and see how far I can make it grow. I'll be continuing to work hard to give you something new, fresh and creative to hang on your walls, watch on your phone or listen to.

Wrapped up in all of this is my new astronaut robot friend, OX.  OX was birthed in 2019 while working on an album cover for a hip-hop artists the Hashtronauts and quickly became my latest creative outlet.  You'll find OX all over this site as well as on my Instagram page but in the coming years you'll have the opportunity to find out more about OX's past and future.  I'm currently writing, drawing and coloring OX's first graphic novel which I aim to have completed by the end of 2021.  Stay tuned to find out what happens next!

The presence of this badge signifies that this business has officially registered with the Art Storefronts Organization and has an established track record of selling art.

It also means that buyers can trust that they are buying from a legitimate business. Art sellers that conduct fraudulent activity or that receive numerous complaints from buyers will have this badge revoked. If you would like to file a complaint about this seller, please do so here.

The Art Storefronts Organization has verified that this business has provided a returns & exchanges policy for all art purchases.

All prints are created and shipped from Skyline Printing, and are therefore subject to their shipping and returns policy. Please click here for more information. I offer a 60 day money back guarantee on all original art, minus a 10% restocking fee. Purchaser must also pay for return shipping and insure the artwork for the value of the purchase. All artwork being returned must be in original condition and repacked in the same way as it was originally received. Contact me at soma79@soma79.com prior to returning artwork to discuss arrangements.

This website provides a secure checkout with SSL encryption.

Sign up to Soma79's newsletter for the latest info on new art, limited editions, upcoming performances and more!

Your cart is currently empty.

This is only visible to you because you are logged in and are authorized to manage this website. This message is not visible to other website visitors.

Below, select which favorite lists you would like to save this product into.

Be among the first to hear about new pieces of art by Soma79, special deals, limited editions, upcoming music and performance and more!

This offer is valid for NEW SUBSCRIBERS only!

We will respect your privacy and will not spam you or sell your information to anyone else.